Eneco Investment, Inc. consists of four core businesses in Japan and two overseas listed companies as the related company under the control of Eneco group.
We have three main business concepts as following:
(1) We encourage the global society to propose efficient and revolutionary new energy scheme with high technological strength and strategic investment,
(2) We also focus on contributing to the sustainable growth of the earth for the future,
(3) Securing water resources that are essential for human beings and supporting health.
“Eneco” is a coined word that combines the energy revolution and nature-friendly ecology, with the motto of serving as environmental protection and improvement of the earth. 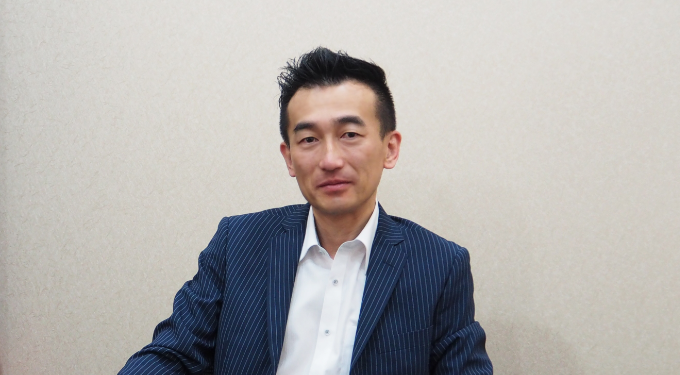 The history of humanity is about 13.7 billion years from the birth of the universe by the Big Bang, the history of the earth is said to be 4.6 billion years since Planet earth was created, and the time period starting from when the anthropoid apes walked on two legs up to today is about seven million years.
Currently, human life expectancy in modern time is 100 years, and the average life span of people is increasing at present.
Some scholars are told that life expectancy from now on will grow to 120, 150, and even 200 years toward the future.

Our basic concept is coexistence and prosperity with a healthy, long-lived, and clean global environment.
Earth is a planet of water, and water, soil and blue planets, this condition must be inherited to the next generation.

However, due to the exponential population increase, rapid economic development, major pollution problems, environmental damage caused by global warming, and even valuable resources are beginning to deplete.
As a result, the reality is that global ecosystems on the earth have already begun on the brink of losing its balance.
It is just a matter of time when our planet will be uninhabitable for humankind unless we resolve its issues early.

For example, the biggest issue is “ global warming.”
It is said that global warming is currently accelerated by the massive production of greenhouse gas CO2 along with e
conomic growth, and the average temperature of the future will rise by 4.7 Celsius.
The temperature of seawater, which has made CO2 the most harmless, cannot absorb CO2 due to the rise in seawater temperature, and if this situation is not improved, the future of the earth in 50 years will be threatened.

For two-century, the last 200 years, we have consumed a great deal of energy.
The energy consumed is fossil fuel (gasoline, light oil(diesel oil), kerosene, and heavy oil), which is a trigger of major environmental problems and major pollution problems.

It has been working on trial and error all over the world about alternative renewable energy to replace fossil fuels for over 100 years, but the reality is that it has not yet caught up with such high-grade fossil fuels.

Under such circumstances, we are the first in the world to succeed in developing next-generation new energy that no company has ever done, to solve the world’s environmental problems, pollution problems, and energy problems.

We succeeded in developing two next-generation new energy sources.
One is emulsion fuel. Emulsion refers to the technology of mixing water with fossil fuels such as gasoline, light (diesel) oil, kerosene, and heavy oil, and the final product (resulting fuel) is called emulsion fuel.

Our technology further advances the traditional emulsion technology and mixes water and oil at 50:50.
Even if the mixed fuel with 50 % of water addition rate, no water is detected in the mixed fuel, and the color, power, calorie, specific gravity, etc. are all equal to the base oil (original oil).
Furthermore, in terms of quality, it has secured equivalent to base oil (original oil) accordingly.
It is called Eneco Plasma Fusion Technology, and the final product(refined fuel: mixing fuel and water) is called as Eneco Plasma Fusion Fuel.
And by using the final product, emissions can be reduced by half, and NOx and Sox can also be reduced significantly.

The other technology is next-generation new gas “ Eneco Plasma R Hydrogen Gas,” the most environmentally friendly equipment we developed.
This new technology adapts “ liquid reaction technology” in which water is reacted with originally developed catalyst without any electrolysis.
The new technology realizes that it is the most environment-friendly gas, to generate HHO gas.
This next-generation new gas “Eneco Plasma R Hydrogen Gas” provides the same performance as natural gas and LPG gas, and its environment is greatly improved by using it, and the cost is about saved more than 4/5 comparing a conventional gas used.

Both “Eneco Plasma Fusion Fuel” and “ Eneco Plasma R Hydrogen Gas” have already been successfully commercialized.
We are confident that using these new technologies not only on a company basis but a country basis around the world will solve the world’s environmental, pollution and energy problems.

The earth is known as the water planet, and approximately 70% of the entire land surface is covered with water.
Among all water resource on earth, there is merely 2.5% of fresh water that can be used for drinking.
Furthermore, when we disregard the glaciers in North and South Poles, we are only left with 0.01% of that resource.
It is said that Mt. Fuji reserves around Six billion tons of water annually.
Currently, the water that is pumped up from the groundwater of Mt. Fuji was produced over 300 years ago.
At the United Nations, due to population growth and climate change seriously, it is forecasted that almost half of the entire world population will suffer from water shortage in two to three decades.

However, since we own a water source at Mt. Fuji, it is possible to solve the water shortage problem by supplying this bounty water, even if everyone is short of water.

We, Eneco Investment, Inc. want to contribute from a global perspective to people’s lives, health, and livable earth, a sustainable future.